Order today
for delivery the day after tomorrow

Everything about the Huawei P30 Pro 128GB Twilight

On the 26th of March 2019, Huawei presented the new P30 line, including this Huawei P30 Pro 128GB Twilight. As the name suggests, this is the top device of the new series. With this Pro-version, you'll get a lot of fun features and an excellent camera-setup!

There are no less than four cameras on the back of the P30 Pro, each with its own function! Huawei has put this smartphone in a sleek glass jacket, with a beautiful 6.47-inch OLED screen on the front. This smartphone is fast, has a good battery life, and runs on Android 9 Pie!

A lot of possibilities for taking pictures

On the back of the P30 Pro you'll find four cameras, including the primary 40-megapixel camera and a 20-megapixel wide-angle lens. You can shoot beautiful pictures with these lenses, and thanks to the wider angle you can capture even more in one picture! On top of that, there's a 3D camera and a periscopic zoom lens.

The 3D Time-of-Flight sensor measures depth and allows you to add a nice depth-of-field effect to portrait pictures. The periscopic lens is the most special of all, because it lets you zoom in up to 10x without losing any details! This is a useful feature if you want to capture something or someone in the distance!

The P30 Pro Aurora has a 6.47-inch display with Full-HD+ resolution, so this display produces razor-sharp images. The OLED screen also provides beautiful colour contrast and deep black tones. This means you'll have a great viewing experience during games or Netflix series!

The edges of the OLED display and the back of the P30 Pro are slightly rounded. This makes the device very comfortable to hold. Both the front and back have a sturdy glass plate, which makes your P30 Pro Twilight look very luxurious and feel very solid!

Fast fingerprint scanner under the screen

The fingerprint scanner is hidden under the display. This sensor makes sure your smartphone is secure, and that you'll be the only one with access to your data, files, and messages. Simply place your finger on the indicated spot on the screen to unlock your device!

Under the glass casing of the P30 Pro, you'll find the Kirin 980 chipset. This processor provides fast, powerful performance and is very energy-efficient! You can use this Pro device for all kinds of heavy tasks, like 3D gaming, video editing, or multitasking!

With the 4200mAh battery in this device, you won't have to worry about an empty smartphone. This large battery offers enough power for a full day of intensive use! You can recharge the battery very quickly via the cable or wirelessly by placing your P30 Pro on a separately sold charging station.

This Huawei P30 Pro Twilight comes with a standard 128GB of storage space. This is already a large amount where you can store a lot of apps, files, and media. If you still need more space, you can easily expand it by inserting an NM memory card in your device.

The Huawei P30 Pro Twilight runs on EMUI 9.1, Huawei's version of Android 9 Pie. With the EMUI skin, you'll have a clear and intuitive interface. You can immediately start working with various apps, and you can access the Google Play Store to download millions of apps and games!

The user manual is not included but can be downloaded or viewed here: Dutch user manual. You can also download an English version: English user manual.

With normal use, we guarantee that your phone will work properly throughout the full warranty period. If something goes wrong, Gomibo.dk and Huawei will make sure to help you out!

How do repairs at Huawei work?

Show all accessories for the Huawei P30 Pro 128GB Twilight

Accessories that go with the Huawei P30 Pro 128GB Twilight Show all accessories for the Huawei P30 Pro 128GB Twilight 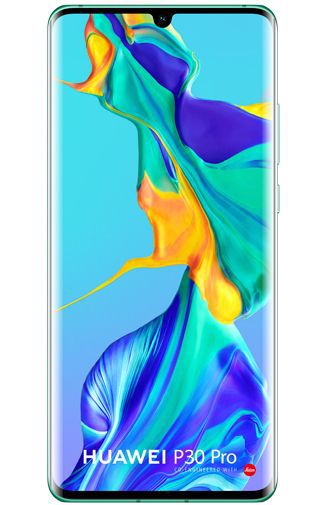